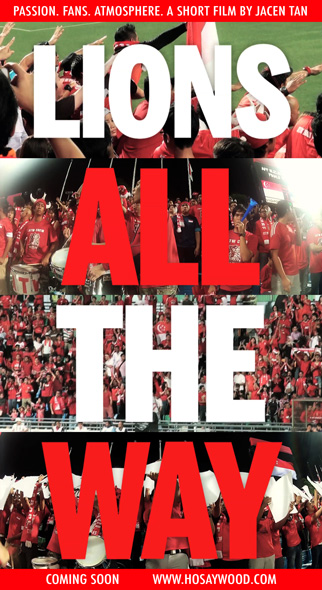 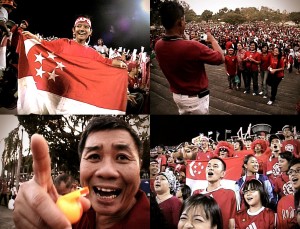 Singapore’s long awaited return to the M-league kicks off next week, and The New Paper will be throwing a launch party on 8 Jan 2012. Kwa Giu (Tribute to the National Stadium) will be screened at The New Paper Sports Bar (St James) from 6pm. The event is open to public and expect to see Singapore footballers old and new!

The full 30min film Kwa Giu (Hokkien for ‘Watch Football’) is out now on the Hosaywood DVD. 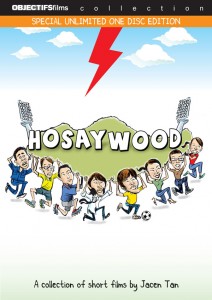 Hosaywood DVD has been A Nutshell Reviewed:

“Fans of local short films rejoice, as Jacen Tan of Hosaywood has finally gotten his collection of shorts compiled into a DVD. Probably one of the earliest local filmmakers who had his short film go viral like an epidemic on the Internet before the YouTube days…

On KWA GIU: From the pre-kick off happenings outside the stadiums with the selling of fan made merchandise and finger foods, to the vocal support of the Singapore Lions when the game is underway, with half time loo interludes and body refueling from the snack bar, right down to lights off, Jacen and Team captured them all, preserving what would be precious memories of how a single location became the melting pot for Singaporeans from all walks of life, there for the sole mission to support our football team (and having a field day while at it), complete with cheers, jeers, and rocking drum beats.

It’s as much a tribute to the National Stadium, as it is to the Singapore Football (Diehard) Fan.”

After 16 years, Singapore is returning to the Malaysia Cup in 2012. Meanwhile here’s fans singing the National Anthem at the last ever full-house National Stadium match. Kwa Giu (Watch Football), a documentary tribute to the Singapore National Stadium, will be released in Aug 2011, in the Hosaywood DVD. 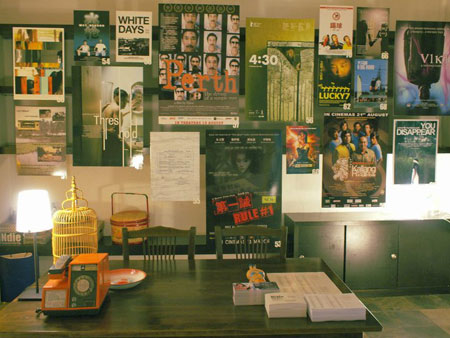 The 2nd Singapore Short Film Awards happens this week Feb 28 to March 6 2011 at The Substation, Singapore.

An entire week of short film screenings showcasing all Sg shorts made in 2010. Admission by donation, see here for details.
There will also be Singapore’s first film poster exhibition held at the ground floor of Substation!

You may also view the posters online and vote for your fav, including our TAK GIU and KWA GIU posters here.

“I once told a friend I wanted to put up an exhibition of about 100 posters of Singapore films over the last 5 years perhaps. The first thing she said was Singapore got so many films meh?’’
– Jeremy Sing, organiser and founder of SINdieonly 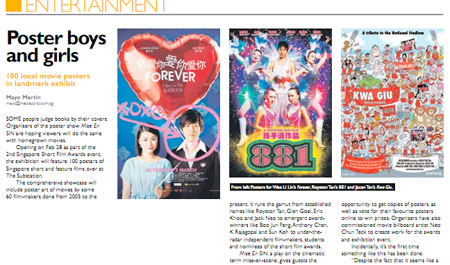