Over 250 members attended the 4th Singapore Short Cuts last weekend. Tickets ran out 3 hours after they were released. Thanks for supporting local film!

A review and transcript of the Q&A session can be found at:
http://anutshellreview.blogspot.com/2007/08/4th-singapore-short-cuts-1st-week.html
“…You can count on Jacen’s brand on local humour to bring that smile to your face, and its breezy pace, coupled with nuggets of funny jabs, make this a definite crowd pleaser.” 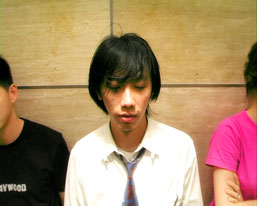